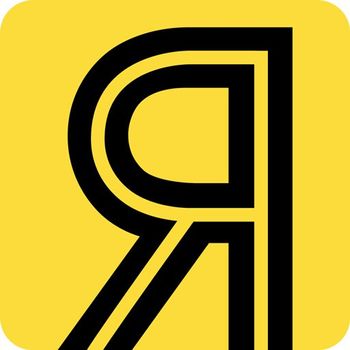 “His elegance, good taste, and emotional poignancy position him as one the most refreshing mainstream voices I’ve heard in recent years.”
–Peter Margasak, Chicago Reader


“On first listen, you can hear why so many people on the Chicago jazz scene are singing Paterson’s praises. His playing is always where it needs to be: one minute sensitive and relaxed, at another moment, explosive and muscular, and always musical.”
–Paul Abella, Chicago Jazz Magazine


“An inspired repertoire… some creative arrangements and reworkings… the first-rate musicianship and the joyful spirit are other reasons why Breathing Space is heartily recommended to fans of piano trios.”
–Scott Yanow, All Music Guide (4 out of 5 stars)


“(Essential Elements) reveals Paterson’s blues chops to be on par with those of Gene Harris.”
–C. Michael Bailey, AllAboutJazz.com


“Though Ben Paterson is young, as a sideman to octogenarian Von Freeman he’s been absorbing decades of jazz lore, and he uses it to season his fleet, melodic playing.”
–Bill Meyer, Chicago Reader


“It sounds like the group has been together for awhile and is playing familiar material. There’s mutual anticipation and reinforcement, and the result is a professional-sounding blend in both the fixed parts of the arrangements and the improvised solos. This is a good era for the piano trio format….this is an impressive debut.”
–JazzReview.com

“Ben Paterson is one of those piano monsters who both continues an honored tradition and adds to it.
–George Fendel, JazzScene


"He was raised right."
- Von Freeman

“…a monster on the Hammond B3.”
–Peter Margasak, Chicago Reader


“An easygoing joyousness defined all this music-making, and though the audience roared its approval, no one seemed to be having more fun than the players themselves.”
–Howard Reich, Chicago Tribune


"He may be the most purely musical organist out there."
-Thomas Conrad, Jazz Times


“…one of the new young lions of improvisational music.”
–Brent Black, CriticalJazz.com


“Organist Ben Paterson combines a sublime spirituality with a simmering earthiness in his expressive style on the keys.”
–Hrayr Attarian, Chicago Jazz Magazine


“Nice interplay among both sidemen, especially bassman Jake Vinsel who has many moments to shine…Fans of the classic Jazz piano trio configurations will like this one.”
–Larry Hollis, Cadence


“Paterson, who looks like a youngster from the photo, plays with authority, understands the piano bop tradition from note one, leaves space intelligently (notice the album title) and swings like a veteran. This is the essence of swinging, in the pocket, piano trio jazz.”
–George Fendel, Jazz Society of Oregon


“Breathing Space” is a remarkably mature and enjoyable debut that deserves to find a wider audience among fans of Jazz piano trios everywhere.”
–Brad Walseth, JazzChicago.net


“If Ben Paterson and his trio had come along in a different time, they might have been tagged by Miles Davis as his backing band…”
–Dan McClenaghan, AllAboutJazz.com